The theme for OTA’s International Conference 2018 mayhave been “Imagine” but when all was said and done, you really just had tobelieve.

The Sunday night Hawaiianluau at host Hotel Irvine’s outdoor pavilion kicked off the core of the annual3-day OTA family reunion and love fest. Excitement and anticipation overgame-changing conference announcements had to share the air with some fastballsaimed at C-team members in the charity dunk tank. More than $1,300 was raised,with Gene Longobardi taking the most dunks (5!) forthe team and a trio of great causes. OTA props to the Atlantafranchise for the fantastic idea. 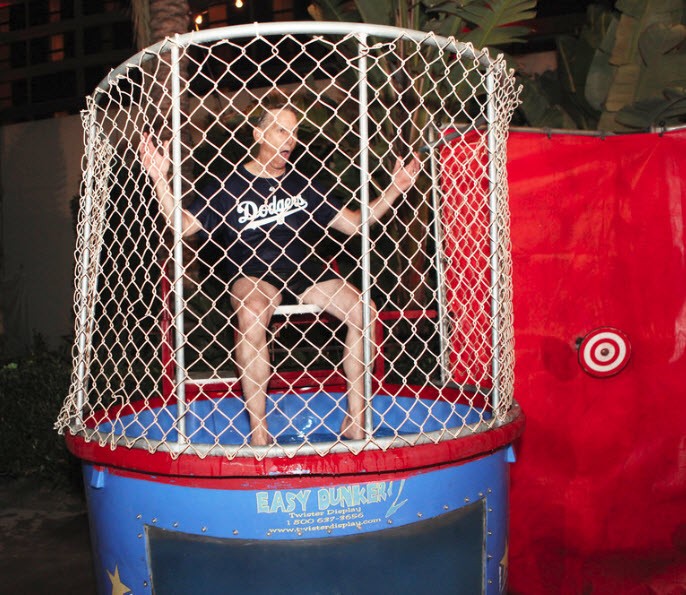 Gene about to go down! Again!

Eyal Shahar set the bar high at day one’s opening session. He spoke of the power of innovation through imagination and creating the possible from the impossible. Fifteen minutes later he gave us proof: our first look at OTA’s groundbreaking, education-focused trading platform. The name was still under wraps, but the snazzy video gave us a good look at many of its features and capabilities.

Mike Richardson gave a rousing and supercharged talk highlighting the company’s agile operating style, followed by Jeremy Nosek and Aaron Neilsen lauding OTA’s phenomenal revenue growth and unveiling some innovative ways to keep it going. A wide variety of breakout sessions convened throughout the day, including live, hands-on demonstrations of the new platform. 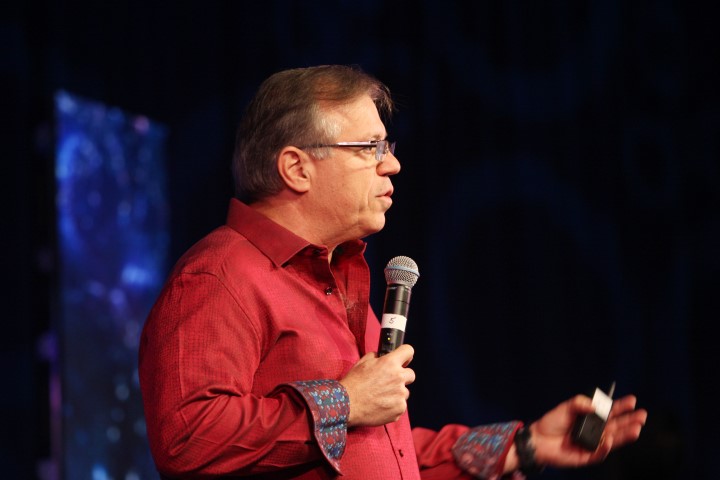 Up until Tuesday you couldn’t catch a conversation without hearing about the “platform”; after the second day’s opening session, the word was banned. That’s because Steve Albin raised the curtain on the name of OTA’s gamer-changer and requested that anyone using the word “platform”–starting now–be corrected and dramatically reminded of its newly-christened name: Clik. It was the final ingredient to years of monumental effort and perseverance to create the world’s first decision-based trading platform (Clik!).

The logo reveal was met with thunderous applause and enthusiasm. Eyal Marmareli even came up with a brilliant expression on the fly about OTA’s new foundation duo: “Clik and mortar”.  As if Clik wasn’t enough, Steve also introduced three more revolutionary tools for students: the MyOTA app for iOS and Android, a robust on-demand educational video platform and enhanced eBooks.

More breakout sessions ensued, followed by the conference’s closing session. Atlanta superstar Steve Champa moved the audience with his personal story of overcoming adversity to become one of the elite, reinforced later in the evening when Atlanta took home OTA’s inaugural and instantly most-coveted award, the Founder’s Cup.

Memorable for thousands of remarkable interactions and memorable instances, Gene Longobardi summed it up best: “This is our moment.”